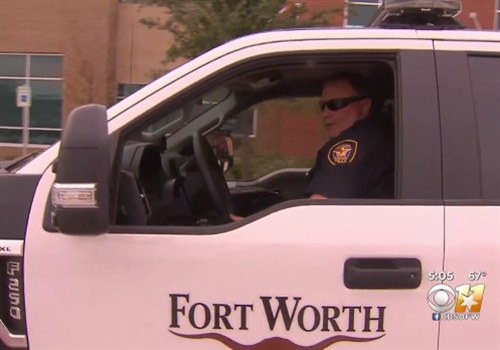 VIDEO: Fort Worth Officer Shot 5 Times Back On Duty

Fort Worth, TX, Officer Matt Pearce returned to duty Tuesday after being shot by a suspect and almost dying in March 2016, reports CBS DFW.

In March 2016, a gunman on the run shot him numerous times. At least five bullets hit Pearce.

Months of medical recovery led to Pearce gaining the ability to physically qualify for the same police role he held before the shooting.

He said in his year of hospitalization and physical and emotional therapy, he always focused on coming back as a police officer. He hopes his recovery inspires others.

"It’s been my goal since waking up from a coma to get back to being here," said Pearce.