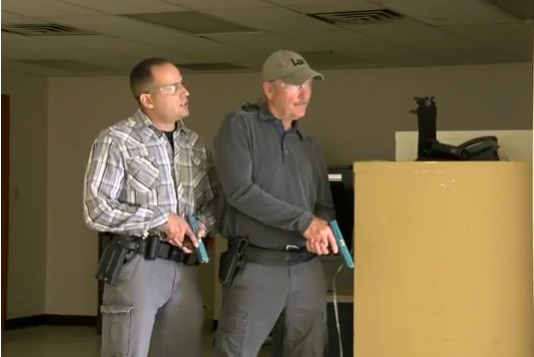 The Albuquerque Police Department is now in a middle of a paradigm shift affecting how officers do their job to protect the community and when they use force. Millions of dollars are being spent to reform the department and change what the Department of Justice called a “culture of aggression,” that lead to numerous rough arrests, dozens of officer-involved shootings and several costly civil lawsuits.

Now months into a multi-year federal monitoring period, APD is close to completing its requirement to give new “use of force” training to its entire staff of sworn police officers.

KRQE News 13 recently got an inside look at much of the new instruction and training that officers are learning. Through hours of classroom time and hands-on training, APD hopes its officers will prove to the community that they’ve begun the process of systemic change.

Since APD signed on to the settlement agreement with the Department of Justice, outlining how the police department would change its ways, APD has be creating both training revisions and changes to outlined policy, or standard operating procedure (SOP.)