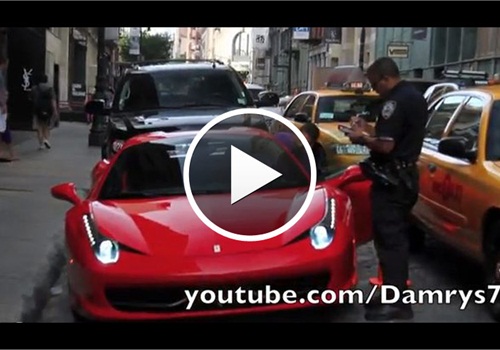 A New York City police officer plans to sue a reality TV star's boyfriend who drove his Ferrari over the officer's foot while he was issuing a citation to the man.

Officer Felix Recio told the New York Post he will file a $10 million lawsuit against Julien Chabbott, after he allegedly ran over the officer's foot outside the Mercer Hotel earlier this month.

Chabbott is dating Stephanie Pratt, who is best known for her role on MTV's The Hills.