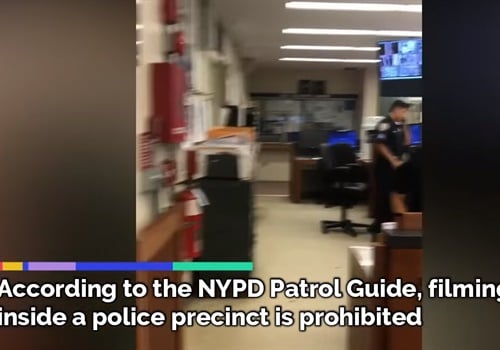 An NYPD sergeant was browbeaten inside the 28th Precinct Station House in Harlem by a man who was reportedly there to pick up a motorcycle that police had seized as evidence in an ongoing investigation.

Sergeant Freddie Lopez can be seen on video attempting to quiet the man and prevent him from recording the confrontation on his mobile phone — the NYPD Patrol Guide states that filming inside a police precinct is prohibited, and those who do so can be arrested.

The video of the incident has gone viral, with thousands of comments made on social media.

The man continues to use profanity to demean Sergeant Lopez, who eventually closes the gap between the two men and orders the man to stop filming.

The man does not comply, and eventually Lopez can be seen returning to his desk and picking up the telephone. It is not clear who he called or what he was saying.

The video ends before the man leaves, but it is reasonably clear that the man was not taken into custody.

Some personnel in the NYPD are not happy about that fact.

"A lot of bosses have seen the video and they are not happy at all about this," one high-ranking officer told the New York Daily News. "He should have taken some action. It was inside his own house."