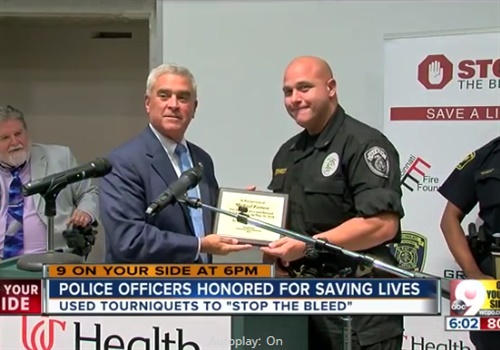 Forrest said he relied on his military training. "Act. Move. Do something," he said.

Wenstrup is no stranger to tourniquets either. He's a combat surgeon who used one in June 2017 to stop bleeding on his colleague Steve Scalise when a gunman opened fire on their baseball practice.

"Upon recognizing that he had a bleeding problem internally, we were able to use a belt to start with until things arrived and we were able to put on a tourniquet," he said.

The event was part of an awareness campaign prmote the "Stop the Bleed" program, which is training people in the area to use tourniquets to save lives.