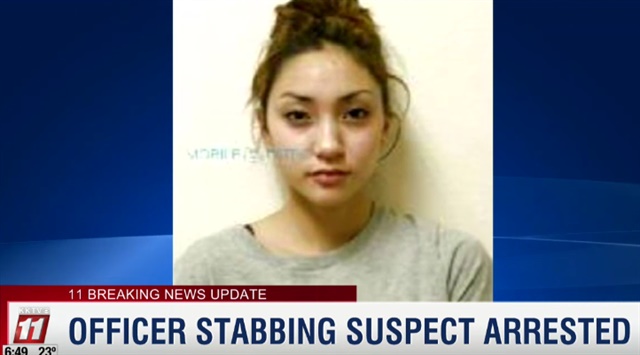 The hunt for a woman accused of stabbing a Rocky Ford, CO, police officer and stealing his patrol car ended about 30 miles away from the scene Tuesday night.

The pursuit was underway for hours after 21-year-old Shayanne Maestas allegedly attacked an officer conducting a welfare check and fled in his cruiser.

The pursuit ended when the suspect's vehicle crashed and blew out all four tires, KKTV reports.

When Colorado State Patrol found her, Maestas was reportedly still sitting in the driver's seat. One of the officer's firearms, an AR-15, was still in the vehicle, but a second gun has not been recovered.

The officer is expected to make a full recovery.