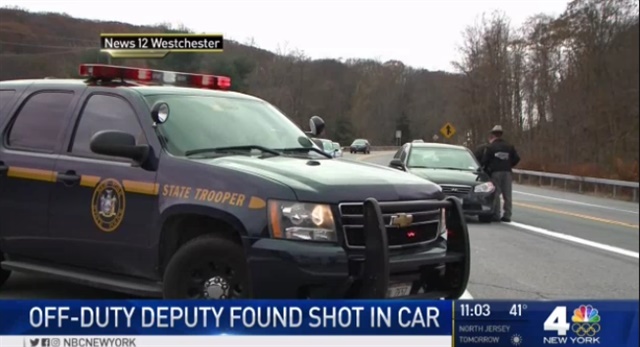 State Police said 42-year-old Frank Farina, of Stony Point, was pronounced dead at Orange Regional Medical Center on Tuesday after officers responding to a single-car crash on state Route 6 in Woodbury found him with a single gunshot wound to his head, reports WNBC.

His wife was also in the car, which crossed the double yellow line, left the road, and hit a rock embankment. She was taken to the hospital with non-life-threatening injuries.