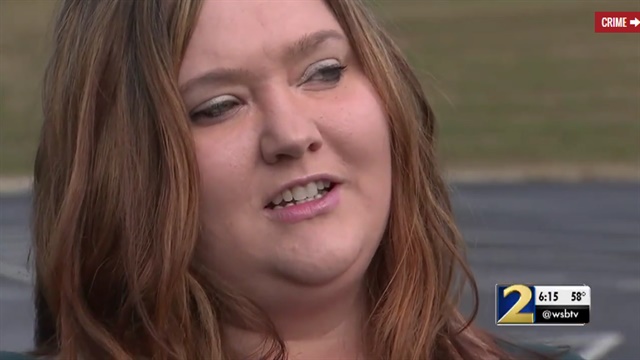 April Adamson was preparing to get gas at a Dawsonville, GA, Chevron gas station Dec. 5, when she sensed something was wrong, she told the Channel 2 News.

That’s when she saw Sgt. Randy Harkness fall to the ground and the suspect trying to take the sergeant's gun.

She fired twice at the suspect, 30-year-old Justin Alan Foster, and hit him at least once, the Atlanta Journal-Constitution reports.

Foster had just received a courtesy ride from Harkness, a 24-year veteran of the sheriff’s office, to the gas station and Harkness was in the process of giving Foster money when he was attacked, officials said.

“He had both hands on the officer's gun trying to get it out of his holster,” Adamson said.