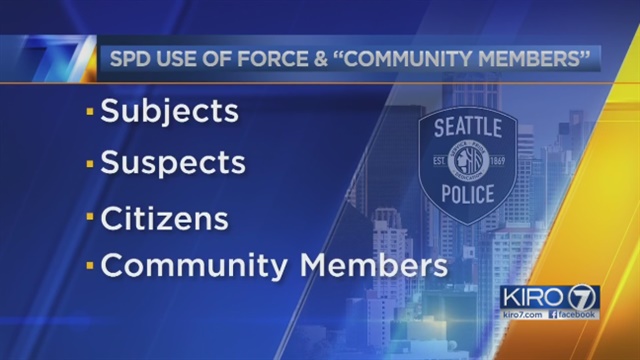 When Seattle police officers write use of force reports they no longer call a suspect a suspect.

“Community member” is the new term. Several officers say the term is offensive, explaining their work with violent suspects.

Sources point to the suspect who shot three officers last month after a downtown Seattle armed robbery. When officers involved in that incident were writing their use of force reports they were required to refer to the shooter, Damarius Butts, as a “community member,” not a suspect, police sources said.

“I think this is all in an effort to make sure our report writing sounds politically correct,” Seattle Police Officers' Guild Kevin Stuckey told KIRO 7.

“I guess a community member could be the person who breaks into your car and breaking into your home or harms you or your child,” he said. “But who are we talking about?”