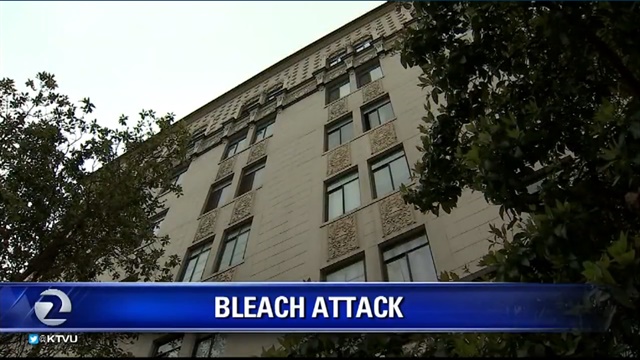 The officer was responding to a call about a dog bite shortly after 11 p.m. in the 100 block of Hyde Street when the suspect, a 47-year-old woman, allegedly poured bleach from a sixth-story window, police told KTVU TV.

The officer was taken to a hospital with chemical burns, treated, and released.