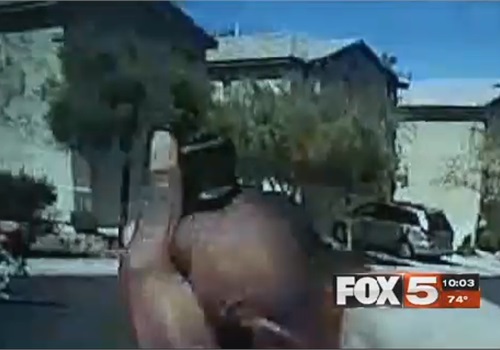 Las Vegas Metro police on Monday held a press conference in which they released additional information on the shooting of James Craig Simpson and the death of K-9 Nicky last Thursday.

Metro Undersheriff Kevin McMahill reported that Nicky was struck one time by a shot fired from a Metro officer rather than suspect James Craig Simpson, 31.

Nicky was deployed by his handler, Sgt. Eric Kerns. When Simpson saw the dog coming, he began running and fired a shot at officers.