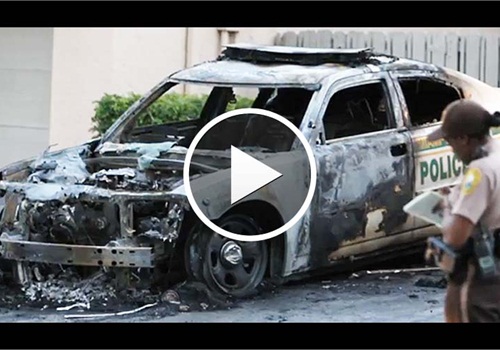 Police responded early Friday morning to a home in Northeast Miami-Dade, Fla., where two marked police cars parked in the driveway were apparently deliberately set on fire, bringing the count up to at least four incidents of area police cruisers being vandalized this year, reports the Miami Herald.

In January and February two unmanned Miami-Dade police cars were sprayed with bullets. No one was hurt in any of the incidents but the deliberate targeting of police vehicles has raised concern at a time when tensions between law enforcement and the public have been flaring up across the country.

Friday’s incident involved one car belonging to Miami-Dade police. The second car is a Hallandale Beach police cruiser. The fire caused significant damage to both vehicles. The Miami-Dade Police Department is investigating the cause.