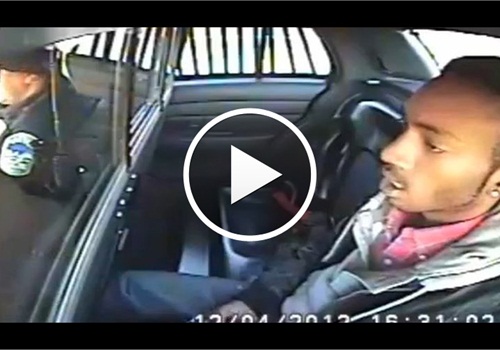 A rookie Metro Transit police officer didn't fully search an intoxicated man who pulled a revolver out of his waistband while riding un-handcuffed in the rear of a patrol car, the agency's chief told KSTP.

The agency's Chief John Harrington said the "lapse" by the officer, identified as Officer Jason Malland, didn't result in discipline even though the search was inadequate.

"Clearly, it wasn't thorough because they missed something," Harrington told KSTP. "That's almost the definition of not thorough in this case."

Officers Malland and Adam Marvin, a three-year veteran, responded to a report of a man harassing a woman in downtown Minneapolis shortly after 4 p.m. on Dec. 4. The officers decided to take Wesley Rogers, 21, home as a courtesy. They placed him un-handcuffed in the back of the cruiser, reports KTSP.

In patrol-car video, the highly intoxicated Rogers can be seen fumbling in his waistband area. He eventually pulled out a loaded .38 revolver and pointed it at the officers.