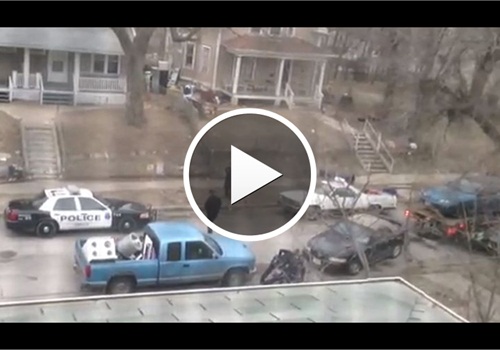 An Omaha (Neb.) Police officer now faces an internal investigation for wrestling a subject to the ground in an incident that was recorded by the man's relatives.

An officer can be seen taking down 28-year-old Octavius Johnson, who was having his car towed for expired tags just before 5:30 p.m. Thursday, reports WOWT.

One of Johnson's brothers recorded the incident from a residential window and can be heard offering commentary such as, "You are hitting him. Why are you hitting him? That's abuse, that's abuse."

"I will get to the bottom of this," Chief Schmaderer said. "There is an internal investigation in full swing and the investigation will be conducted thoroughly, fairly and as swiftly as possible. I will discover what transpired at 33rd and Seward in its entirety and I will address it properly."