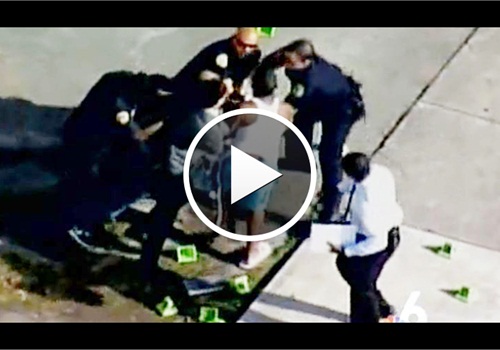 A homicide victim's two brothers who scuffled with Miami Police detectives at a crime scene have been charged in the incident.

The incident began Monday in Overtown following the fatal shooting of Brandon Walker. Footage shows one man run through the crime scene and approach the body as officers try to take him away. A second man runs toward the officers and other man before a confrontation ensues, reports NBC Miami.