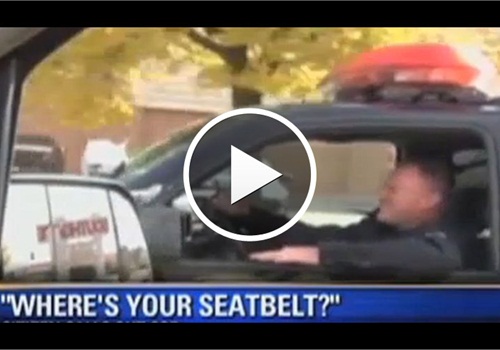 A Michigan seat-belt activist who attempted to pull over a Detroit Police officer is now facing a reckless driving charge.

Steve McClain of Southgate attempted to make a citizen's arrest and can be heard yelling, "Where's your damn seat belt?" and "Who the hell do you think you are?" during the confrontation that was captured by high-definition cameras mounted to McClain's van.

The home improvement small businessman told Fox News Detroit that he patrols for seat-belt compliance in his spare time and posts the videos on YouTube.

In the video, the officer can be seen smiling as McClain yells at him to pull over.

Police sources told the news outlet seat-belt exemptions can be given to officers who may be doing surveillance or checking out an armed robbery or a suspected person with a gun.