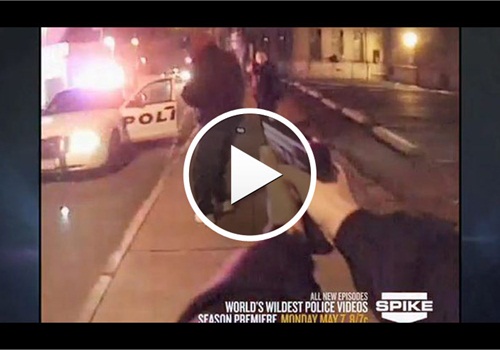 New episodes of the police reality series "World's Wildest Police Videos" will begin airing on Spike TV on May 7 as it returns to prime time for the first time in more than a decade.

"World's Wildest Police Videos" is a fast-paced reality show featuring footage of criminals and the officers who take them down. Host John Bunnell, a retired police officer and former sheriff of Multnomah County, Ore., returns to narrate the action.

"The new show is far more exciting than ever before," Bunnell said. "The depiction of lawlessness in the world, and the lengths criminals will go to avoid apprehension never ceases to amaze me."

The show airs segments featuring footage of law enforcement personnel from around the world as they face "the most dangerous pursuits, the most frightening shootouts, and the most extreme lawbreakers to ever challenge police, and put them in their place to keep our streets safe," according to show producers.

Spike has commissioned 13 new episodes of a show that debuted on Fox in 1998 and ran for three seasons until it was officially canceled in 2002, after 36 episodes.

The series began as a sweeps special in February 1997 called "World's Scariest Police Chases" and drew 29 million viewers. It was renamed and began airing again in 1998.

"It is amazing what you can learn about human nature when you see what people will do when faced with life and death situations," said Paul Stojanovich, Jr., a show spokesman.