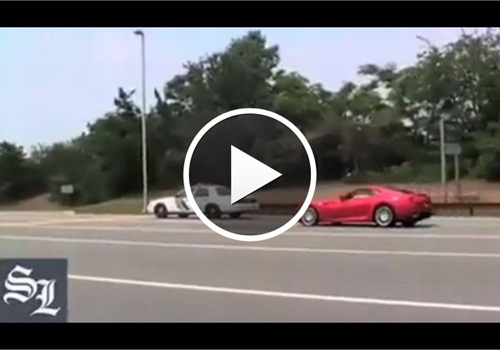 Those suspended include Sgt. 1st Class Nadir Nassry, an assistant station commander at the Totowa substation, and Trooper Joseph Ventrella, assigned to a tactical patrol unit.

Nassry, 47, and Ventrella, 28, will likely "face serious discipline," Attorney General Jeffrey Chiesa said in a statement obtained by the Star-Ledger.

The Star-Ledger initially reported complaints about the March 30 escort in which witnesses said they saw two State Police patrol cars with their emergency lights flashing driving in front of and behind the southbound caravan, which included dozens of Porsches, Lamborghinis, Ferraris and other vehicles, all with their license plates covered with tape. One witness dubbed the escort "Death Race 2012."

Gov. Chris Christie called the speeding caravan escort "a dumb thing to do."