} Who Should Be the HAIX Hero of the Month? - Patrol - POLICE Magazine
Close

Nominees for HAIX Hero of the Month have been chosen, and now, we want to hear more from our law enforcement community and supporters! 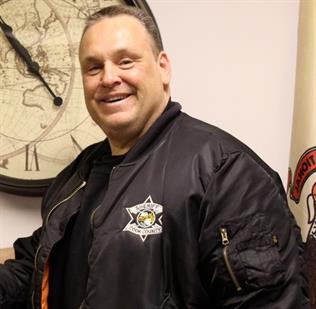 The first nominee, Joe Fiorentino, Cook County (IL) Sheriff’s Deputy, is a 21-year veteran of law enforcement who promotes health and education in the community. He volunteers to help fellow law enforcement officers, children, adults, and even seniors learn to defend themselves. This martial arts expert teaches that self-defense is not just about kicking and punching, and stresses verbal skills, confidence, and self-awareness in his classes, one of which is a self-defense class for the staff and teachers at a local elementary school.

By helping people help and defend themselves, this hero’s efforts reach far, wide, and for a long time to come. 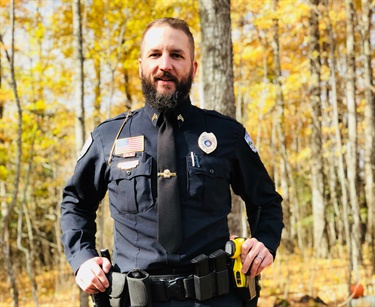 The second nominee, Officer Keith Fischer, is from Oconto Falls, WI, and was nominated by a local firefighter for his dedication to duty, for going above and beyond and encouraging those around him to do the same.

This officer was nominated not only for his community service but specifically for his work with kids, including Oconto Falls firefighter Dakota Winkler. He pushes them to be the best they can be with mentorship and guidance. He also stands out in his community for going beyond his call of duty regularly. An example of this is when Officer Fischer responded to a hazmat call for a semi that slid down a road and tore its fuel tank. He helped secure the perimeter and direct traffic during a freezing cold Wisconsin blizzard. He was not required to do this but wanted to because he always goes the extra mile.

This officer’s commitment to going beyond the call of duty creates heroes out of others; this certainly earns him the title of hero. 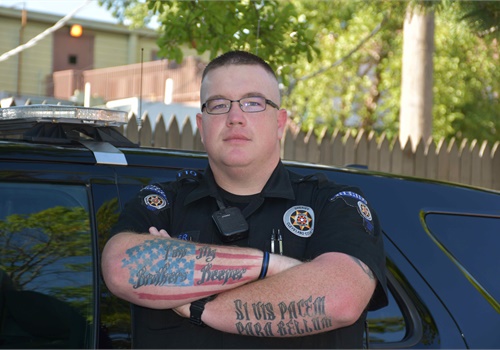 The third nominee, Cleveland County, OK, Sheriff’s Deputy Kyle Turner, was nominated for his daring rescue of a man trapped in a burning car - just one of the times he has given someone a second chance at life.

On the night of Oct. 3, 2018, a 2008 Chevy Cobalt 2-Door Sport went off the road in rural Cleveland County, took out two power poles, and dropped the power lines. Turner, who is a patrol deputy and a Cedar County volunteer firefighter when not on duty, received an alert about the crash while he was returning from a hunting trip. First on the scene, Turner saw the car was on fire and power lines were down. “I could hear somebody yelling for help,” he said.

Risking his own life multiple times, like many fellow law enforcement officers, makes him a hero in our books.

Join us and give these heroes some love in the comment section!

Check back later this week to find out who is the final winner!