Close
After recently introducing a Lamborghini to its fleet, the Dubai Police force has added the Chevrolet Camaro SS to its fleet, a first for a police organization in the Middle East, General Motors announced.

Powered by a 6.2-liter V8 engine, the Camaro SS boasts a power output of 426 hp. With a top speed of 250 km/h and acceleration of 0-100 km/h in 4.7 seconds, the Camaro is the perfect addition to Dubai Police force, according to GM.

"We are delighted to be the first to respond to the Dubai Police's request for assistance in adding high performance patrol cars to their fleet. We felt that the Camaro would be the right vehicle for their needs," said Al Ghandi. "We are confident that the Camaro's ability to respond rapidly, by virtue of its high performance V8 engine, coupled with its practical suitability for Dubai's roads and ease of servicing, will make it an ideal patrol car for years to come."

The Chevrolet Camaro has been a huge success in the Middle East sports car market. It was named Best Muscle Car in four consecutive years from 2009 to 2012 by leading automotive publications. The Camaro ZL1 was awarded "Muscle Car of the Year 2012" by Evo Middle East magazine in February this year.

Chris Wolski is an associate editor with Automotive Fleet, a sister publication of POLICE.

The Los Angeles County Sheriff's Department conducted its annual evaluation of 2018-model-year police vehicles from Oct. 10 to 13. Agency deputies got behind the wheel of 13 four-wheel vehicles and five motorcycles for the testing.

The Los Angeles Police Department has brought versions of Ford's Police Interceptor sedan and P.I. Utility to the IACP Conference in Philadelphia that showcase a high-tech, less-cluttered patrol car of the future.

Video: A Guide to Police Motorcycles

We're living in a Golden Age for police motorcycles. Law enforcement agencies have plenty of quality options, and more cycles may be on the way. We picked three motor officers in Southern California to profile three widely used cycles.

Rather than investing in a heavy duty bus, the Toledo (Ohio) Police Department has converted more economical Ford E-Series vans to round up disorderly college drunks and other scofflaws at chaotic scenes.

Armored vehicles are a mobile force multiplier for law enforcement, and in this extremely violent era, they are essential equipment.

Stealth motorcycles may be less common, but that could change. Victory Motorcycles has introduced a stealth version of their Commander I police motorcycle. The cycle's black-out paint scheme gives it a smoother, more polished look.

The Sebastopol (Calif.) Police Department found itself ahead of the curve, when Zero Motorcycles introduced a police version of its electric DS motorcycle. An enterprising sergeant with the agency had already done just that. 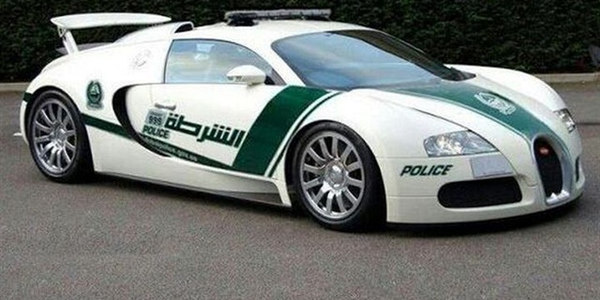 Dubai officials continued their lavish spending on exotic vehicles for their police force by adding a Bugatti Veyron. The Veyron would be the latest supercar acquisition that has also included a Lamborghini Aventador.