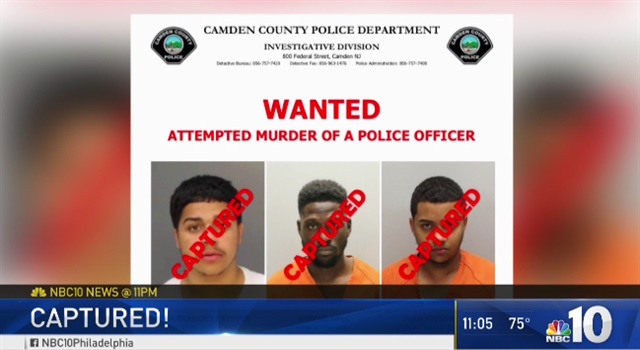 All three suspects have been taken into custody in the ambush shooting that injured two Camden County, NJ, police detectives.

Ammar Hall, 26, and Alexander DeJesus, 19, were caught by U.S. Marshals in the Kensington section of Philadelphia on Tuesday, reports NBC 10 Philadelphia.

Juan Figueroa, 20, was arrested without incident over the weekend in Gloucester City, NJ.

The three have been charged with first-degree criminal attempted murder.

The two officers were working undercover in plain clothes when the attack happened, according to reports. Two of the men walked up to their unmarked vehicle and fired at least 10 rounds, hitting one officer in the hand and the other twice in the shoulder, reports indicate. Both have been released from the hospital.