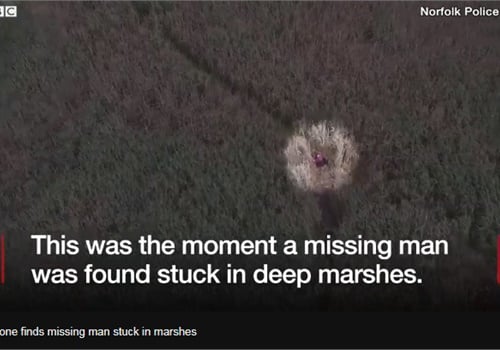 A 75-year-old man who was hiking with friends in a nature preserve in Eastern England when he became separated from the group, according to BBC.

Nearly a day after Peter Pugh went missing, he was spotted in a marshland by a Norfolk Police Department drone.

“Police said the technology was key in helping them find him quickly,” said the BBC.