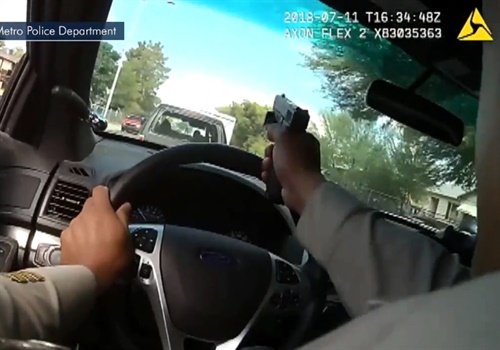 Las Vegas Metro Police released body camera footage of a police pursuit of two suspects who allegedly fled after a July 11 traffic stop conducted by cops investigating the murder of a man near a car wash, according to Fox News.

During the pursuit, the suspects appeared to open fire, with pursuing officers calling over the radio, "Shots fired! Shots fired!"

Police say that more than 60 shots were exchanged — suspects fired 34 rounds at the officers and officers fired 31 shots at the fleeing subjects.