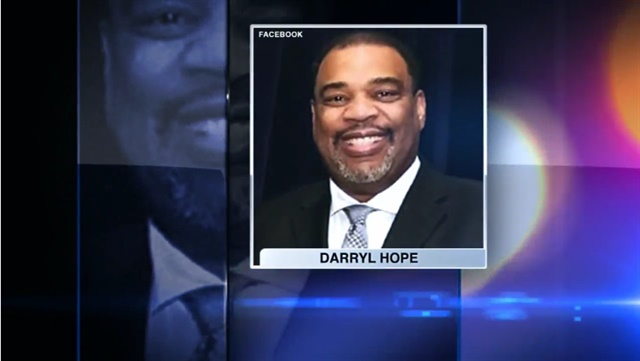 An off-duty Dolton, IL, police officer was wounded in a shooting outside his home on Chicago's South Side early Monday morning, police said. Dolton is a southern suburb of Chicago.

The officer has been identified as 55-year-old Detective Darryl Hope, who has been on the Dolton force for about 17 years, ABC7 reports.

Police said Hope was coming home from work shortly after midnight, he was on his front porch when two armed men approached him. Shots were exchanged during the attempted robbery. Hope was shot three times but is reportedly in good condition.

"Our detective dropped his bag and sometime during the encounter, shots were exchanged and our detective was shot once in the arm, once in the abdomen and once in the leg. So at this point, he is in good spirits, but he is in a lot of pain. He is with his family," said Dolton Police Chief Robert Collins Jr.

The suspects were still at large Monday morning. One may have been wounded in the gunfight.