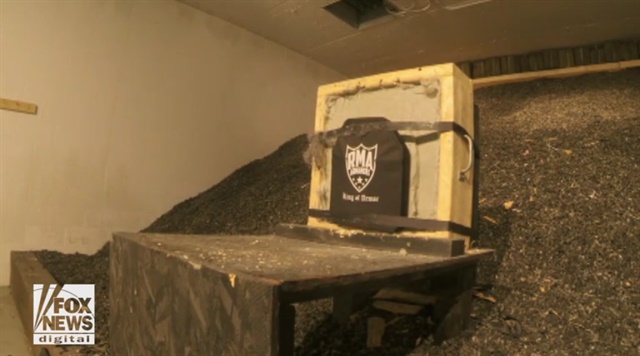 The founder of RMA Armament, Inc. in Centerville, Iowa, maker of bullet-proof vests, lost a friend in Iraq in 2005. His friend died even though he was wearing body armor. Since then, the goal of the former Marine and police officer was to make a product better than those on the market.

It’s a responsibility that Waldrop and his team take extremely seriously.

“We screw up here in the slightest fashion, in any stage of the manufacturing, somebody dies,” he told Fox News.

Waldrop said the response from law enforcement has been enthusiastic. Being recognized by the President of the United States wasn’t a bad perk, either.

In July 2017, RMA was one of 50 companies selected by the White House for their “Made In America” showcase. That meant a trip to Washington, D.C., and a visit to meet President Trump and Vice President Pence.