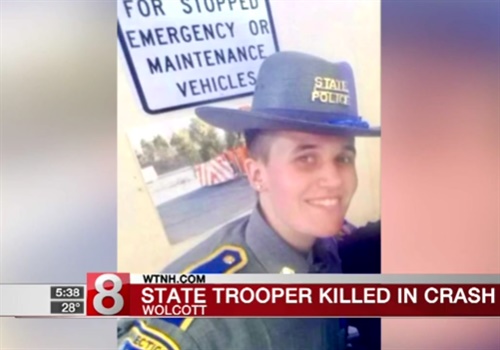 A Connecticut State Trooper died as a result of injuries she sustained in a head-on crash with a pick-up truck Saturday night.

Trooper Danielle Miller, 27, had to be cut out of her cruiser according to Wolcott Police Chief Edward Stephens when crews first arrived on scene around 9:00 p.m on Wolcott Street near Tosun Road, reports WTNH.

Police say 30-year-old Aric Rivkin was the other driver involved in the crash. He was not seriously injured and was discharged from the hospital Sunday morning.

The crash is currently under investigation.

Trooper Miller was assigned to Troop L in Litchfield and was a member of the 124th Training Troop. She graduated from the Connecticut State Police Academy on Dec. 11, 2014.