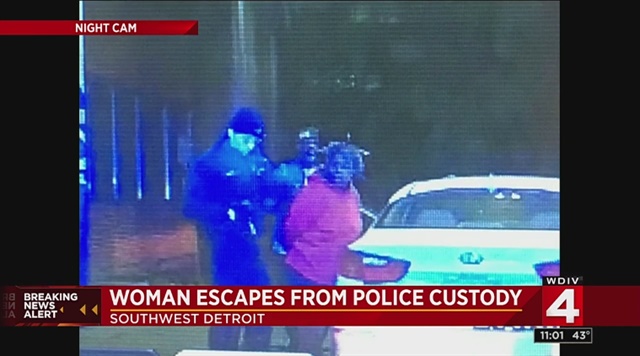 VIDEO: Woman Escapes in Handcuffs After Detroit Police Distracted by Medical Distress of Another Suspect

Detroit Police and other area law enforcement are searching for a woman who escaped from custody while officers attended to a felon who had a medical emergency in Southwest Detroit.

It began when officers pulled over a white car at a gas station in the area because the driver was wanted on a felony charge of breaking and entering.

While police were dealing with him, a woman inside the store started berating and punching another customer. Police saw the altercation and took the woman into custody. She was placed in handcuffs and taken back into the store.

She escaped when the other arrestee suffered an apparent cardiac arrest and the officers were distracted.