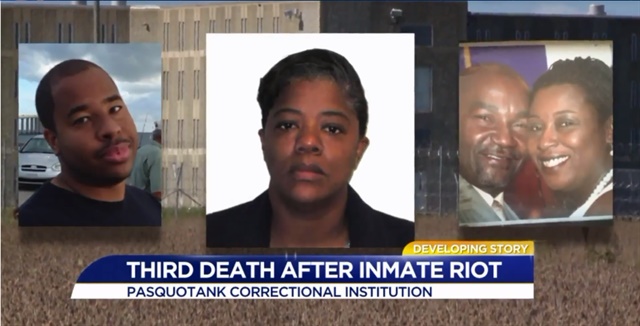 A third employee died Monday from injuries sustained in an attack at the Pasquotank Correctional Institution, according to the North Carolina Department of Public Safety, WTKR reports.

Shannon started working at the Pasquotank Correctional Institution in 2013.

Correctional Officer Justin Smith and Correction Enterprises Manager Veronica Darden died the day of the attack. Four inmates were charged with first-degree murder in connection to the incident.

According to the NCDPS, the prison continues to be on lockdown.