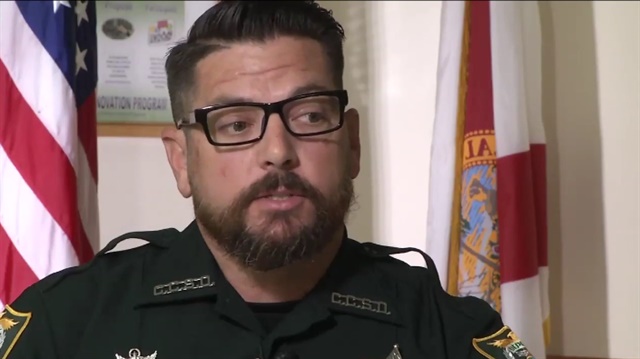 A SWAT team leader who helped save the life of federal agent shot in an ambush attack at a Clay County, FL, shopping center in September had received special medics training just a month before the shooting.

Deputy Jacob Hawkins, a 19-year veteran with the Clay County Sheriff's Office, said he never expected to put the training to use so soon.

Hawkins was the first officer to arrive at the scene Sept. 26 after a U.S. Customs and Border Protection pilot was shot by 18-year-old Jake Lewis IV, who committed suicide immediately after. Lewis had screamed “I hate f****** cops” before shooting the agent four times in the parking lot of a Publix in the Oakleaf area of Clay County.

The agent, whose name has not been released, was hit in the back of each leg, in the forearm and in the back. He is expected to recover, News4Jax reports.

“I got down and laid beside the agent, explained to him who I was, 'Hey, I’m Jake Hawkins, deputy with the Sheriff's Office. I’m here to help you out.' It was just an eerie calmness about it,” Hawkins recalled. “He was very appreciative of everything, because applying a tourniquet... you really wrench on it, and it’s hurtful, but it does control the bleeding, and obviously, when I stuck my finger in his back, that was very uncomfortable for him as well, but it's something I truly felt I needed to do to control his bleeding.”