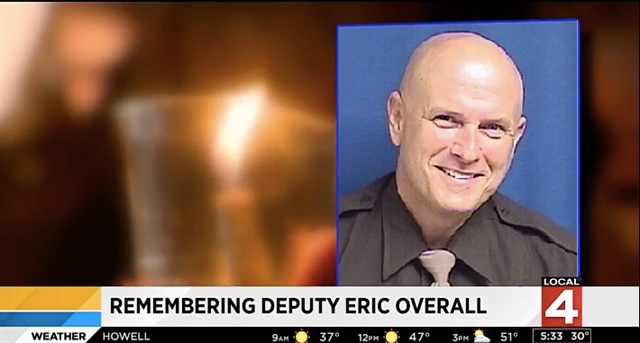 A vigil was held Thursday night in Oakland County, MI, for a sheriff’s deputy, who was killed during a vehicle pursuit early Thursday morning.

"When he was deploying the stop sticks, he was struck by the suspect," Oakland County Sheriff Michael Bouchard said.

Investigators say the driver intentionally veered his car in Overall's direction, killing him.