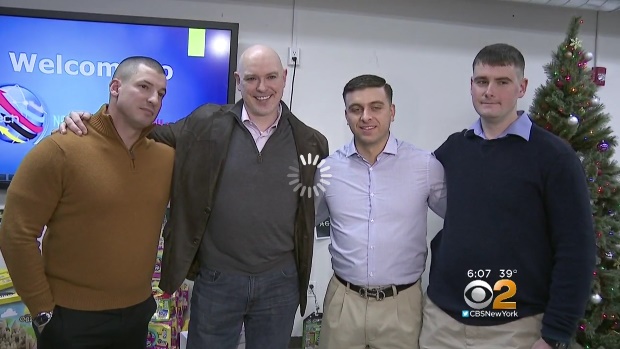 The Port Authority police officers who took down a suspected terrorist when a bomb detonated inside a packed subway tunnel in New York City last week continued to serve the community at a toy drive in Newark Saturday.

The officers played Santa’s helpers just days after apprehending alleged bomber 27-year-old Akayed Ullah when he detonated a homemade explosive device in a pedestrian walkway under the Port Authority Bus Terminal during the height of Monday morning’s commute.

Despite fears Ullah may have had a second device, Officers Collins, Gallagher, Drew Preston and Anthony Manfredini zeroed in, arresting him on the spot.

The officers handed out 1,000 toys to needy families in Newark, in collaboration with New Jersey State Police and the National Action Network, CBS 2 reports.