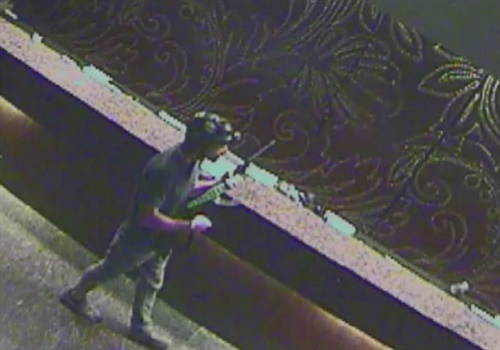 An Austin police officer who helped stop a shooter at a downtown Austin hotel in 2015 was honored with the U.S. Department of Justice’s Law Enforcement Congressional Badge of Bravery Friday morning.

On July 5, 2015, Officer Carlos Lopez’s quick actions stopped the gunman, Michael Holt, from killing any more people after he had already shot and killed an innocent bystander in the lobby of the Omni Hotel.

When Lopez arrived at the hotel that day, he saw Holt, 35, carrying a rifle. Police say Holt came outside and started firing shots at Lopez, who returned fire as he “entered the hotel in hot pursuit of the gunman.” The exchange of gunfire continued inside the lobby. When Lopez was able to find the gunman inside the lobby, he shot and killed him, KXAN TV reports.