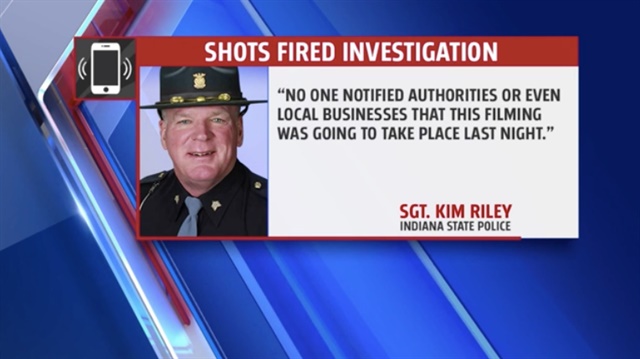 Indiana State Police say they're investigating after a police officer in the western Indiana city of Crawfordsville fired a gunshot at a movie actor portraying a bank robber Tuesday.

State police say Crawfordsville police were responding to a report of a possible robbery at Backstep Brewing Co. on Tuesday evening when they encountered actor Jim Duff.

Duff was wearing a ski mask and carrying a gun while leaving the brewery with his back to the officers. Police told him to drop the gun, but Duff turned toward them. An officer fired a shot that missed Duff, Fox 8 reports.