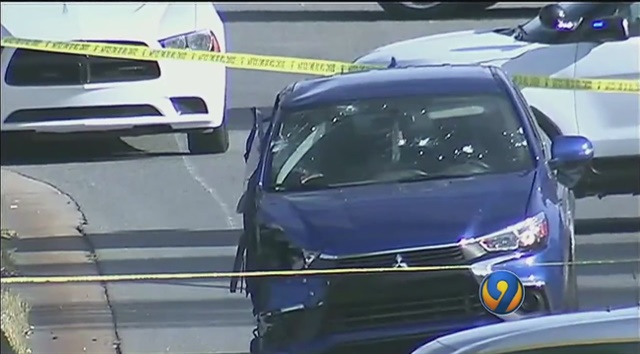 A wild police chase that spanned across the North Carolina and South Carolina state lines and across three counties Thursday morning ended with the suspect being shot and killed by police during a gunfight, police say.

North Carolina troopers spotted the suspect vehicle, a small blue passenger car, and tried to get the driver to pull over, but he refused, instead leading them on a chase for several miles before crossing into York County, South Carolina, according to police.

Before the pursuit entered South Carolina, troopers tried to perform a PIT maneuver and the suspect opened fire on them, police say.

Once in York County, officials say the suspect rammed a police cruiser and then fired a shot at law enforcement officers while driving in reverse.

Law enforcement then chased the suspect back into North Carolina, where the pursuit came to an end in Kings Mountain.

The suspect got out of the car, firing at officers while he ran away before two Kings Mountain officers shot and killed him, officials say.