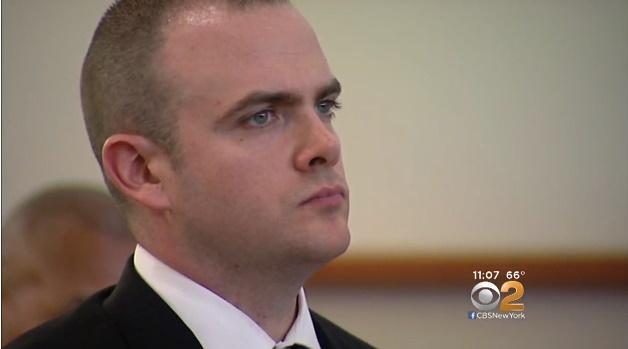 An NYPD sergeant who fatally shot an emotionally disturbed woman in the Bronx last October when she reportedly came at him with a baseball bat has been arrested and charged with murder.

Sgt. Hugh Barry — who insists he did nothing wrong — has also been suspended from the NYPD, where he had been on modified duty since the shooting. He was in court in the Bronx to face murder charges on Wednesday.

Deborah Danner, 66, was shot in her apartment after she allegedly threatened Barry with a baseball bat.

Prosecutors said Barry was not following proper procedure when he entered the apartment.

“On that date Sergeant Barry failed to get critical background information about Ms. Danner’s condition or behavior. Sergeant Barry disregarded his training from the New York City Police Department in dealing with emotionally disturbed persons, by rushing into Ms. Danner’s apartment,” the prosecutor said.

Supporters, including those from the Sergeants Benevolent Association, the union which represents Barry, came to his defense.

“Ms. Danner had a well-chronicled history of violence and mental illness,” the SBA said. “Sgt. Barry took immediate charge of the situation by convincing Ms. Danner to put down a pair of scissors that she was gripping tightly in her hands. However, rather than leave the apartment, Ms. Danner ran back into the bedroom and grabbed a baseball bat.”

Danner’s cousin, Wallace Cooke, Jr. told CBS2, “All [Barry] had to do was close the damn door and walk away but he wanted to show his manhood using his pistol on her.”