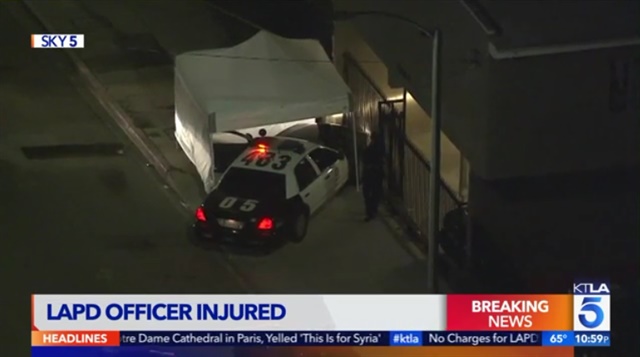 A Los Angeles police officer was hurt while responding to a man with a gun call in Wilmington, CA, reports KTLA.

Although officials initially reported the incident as an officer shot while responding to a shooting in progress, the officer was not struck with a bullet but was otherwise injured, said Josh Rubenstein, public information director for the Los Angeles Police Department.

The officer, who has not been identified, responded to the incident near the intersection of Wilmington Boulevard and the Pacific Coast Highway around 8:50 p.m., according to Officer Mike Lopez with LAPD media relations.

An officer-involved shooting broke out when the officer arrived on scene. Although the officer was injured with what he thought was a gunshot wound, that's not what the injury turned out to be, Rubenstein said.

The suspect was dead at the scene, according to police.