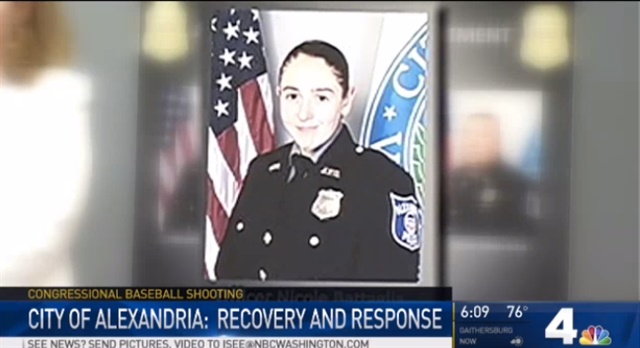 The police chief of Alexandria, Virginia, says one of the first officers to respond to a shooting that left a leading House Republican critically wounded was pinned down by a barrage of gunfire.

Alexandria Police Chief Michael Brown on Monday praised what he called the heroic actions of Officer Nicole Battaglia and two others who arrived just minutes after the gunman began shooting at members of Congress on a baseball field last week.

"You can't teach the kind of instinct that I saw with the three officers here," Brown said. "Frankly, it's a test that all of us will get when we get that call. We all think about that when you put the badge on."

Police officers and medics in Alexandria heard gunshots and headed toward the shooting before they were dispatched, NBC Washington reports.