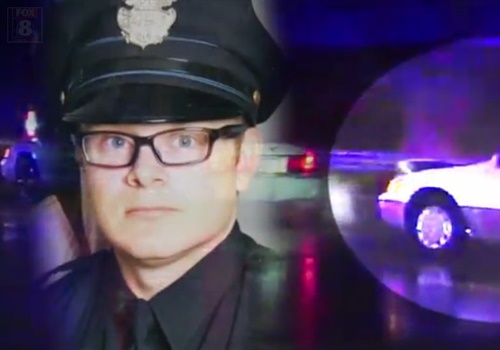 There was a delay in gathering evidence against the suspected hit-and-run driver charged with killing Cleveland Police Officer David Fahey, reports Fox8.com.

It may be harder now to tell if Israel Alvarez was drunk or high when investigators say he hit and killed the officer. The crash happened last Tuesday morning as Fahey was putting out flares and directing traffic near another accident scene.

After police arrested Alvarez, they got a judge to sign a search warrant for a blood sample to be taken for drug and alcohol testing. But multiple sources say that investigators hit a big snag getting that sample because a lawyer at MetroHealth Medical Center had a problem with the wording of the court order.

Cuyahoga County prosecutors have used the search warrant in question in this case for decades. However, the hospital didn’t want to take the suspect’s blood sample because, a spokesperson says, the paperwork didn’t specifically direct that hospital to do it.

Investigators reportedly wanted to arrest that hospital lawyer for obstruction of justice.

Finally, the county judge who signed the court order and members of the county prosecutor’s office went to the hospital to work things out. In the end, taking the sample was delayed a couple of hours.