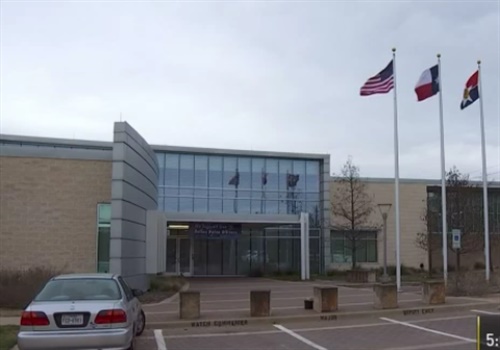 Dallas police are trying to find two people who fled in a dark two-door car after multiple rounds were fired at the South Central Patrol substation around 5:30 a.m. Sunday morning, reports KXAS.

Nine shots were fired, but only three hit the substation in the 1900 block of East Camp Wisdom Road in southeast Oak Cliff, according to a Dallas police tweet.

The two people fled east on East camp Wisdom Road after the shots were fired, police said. A more detailed description of the two people was not immediately available.

In a news release, department officials said the shots were fired from a vehicle traveling east on Camp Wisdom Road.