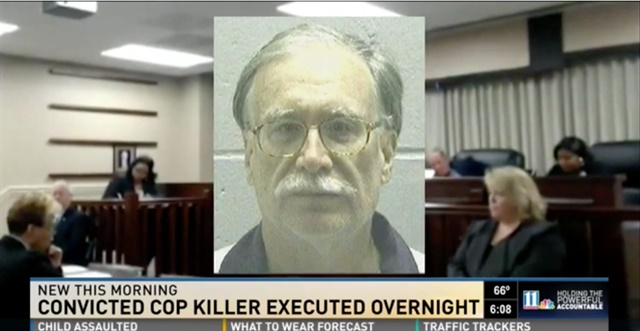 Convicted Georgia cop killer Gregory Lawler, 63, was executed Wednesday just before midnight, less than an hour after the Supreme Court of the United States denied his last-minute appeal for a stay.

Reporters who witnessed the execution said it took 15 minutes from the time of the lethal injection to the time of death, which was 11:49 p.m. ET.

Lawler was convicted and sentenced to death in 2000, WXIA TV reports.