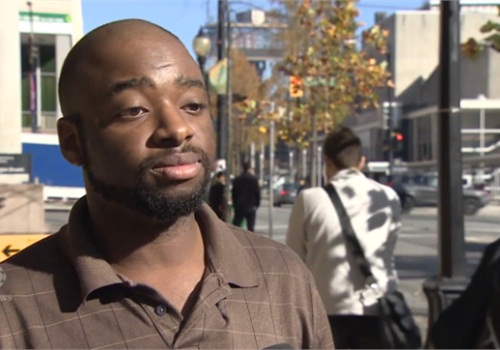 A U.S. citizen has argued before Canada's Immigration and Refugee Board in Vancouver that he should be granted refugee status over fears that he will be killed in his home country by police because he is black, reports the CBC.

Kyle Lydell Canty, 30, crossed into British Columbia's Lower Mainland in early September of 2015, telling border agents that he was in Canada to visit and take photographs, but once in Vancouver decided he would apply to remain as a refugee.

"I'm in fear of my life because I'm black," he told IRB member Ron Yamauchi in a hearing on October 23rd in Vancouver. "This is a well-founded fear."

Canty argues that black people are "being exterminated at an alarming rate" in the U.S. and included examples such as the shooting of Michael Brown in Missouri and the death of Eric Garner in New York City at the hands of police.