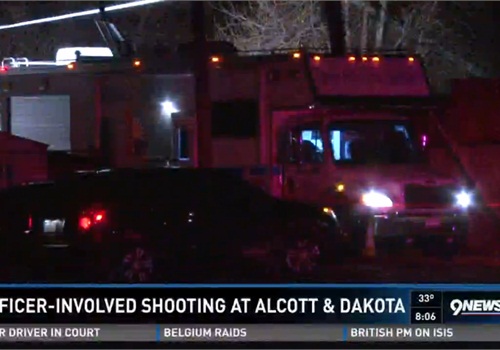 A 28-year-old man was shot and killed after an hours-long negotiation with Denver Police late Sunday night.

Officers were called to the 300 block of South Alcott Street at 5:30 pm. When they arrived, they learned shots had been fired at the home after a family disturbance. The suspect, who also had a felony robbery warrant out for his arrest, had injured himself during the disturbance.

"During the course of those negotiations, a decision was made to use tactical resources," DPD spokesman Doug Schepman said.

SWAT officers entered the home just before 11 p.m., and gunfire was exchanged. The man was hit and attended to by paramedics but died on scene.