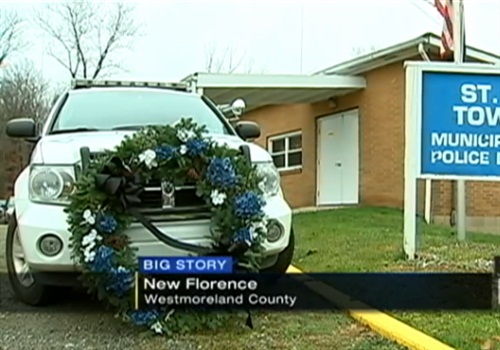 Officer Lloyd Reed, 54, of the St. Clair Township (PA) Police Department, responded to a domestic call Saturday night at a residence in New Florence and was shot during an exchange of gunfire. He was later pronounced dead, reports WPXI.

Shetler was treated for a gunshot wound to the right shoulder and was charged Sunday afternoon with criminal homicide.

The woman involved in the domestic incident suffered minor injuries, and did not require a hospital visit.

Reed had worked in law enforcement for 20 years, including five years with St. Clair.