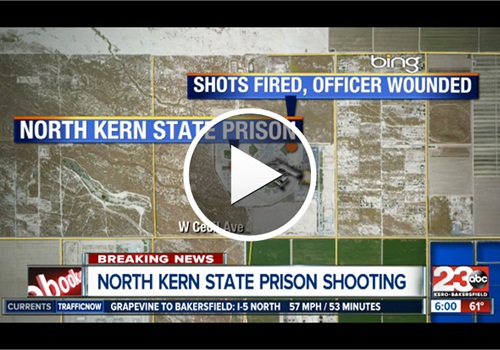 A California correctional officer is recovering after being struck by gunfire from outside a prison last Monday evening and authorities are still searching for the shooter.

The shooting happened at about 7:30 p.m. last Monday, according to Lt. Tom Mattson, spokesman for North Kern State Prison..

Officials at the prison told ABC 23 that anywhere between 15 to 20 rounds were fired outside the secure perimeter and into the Facility A yard. One correctional officer -- whose identity has not been released -- was grazed by a bullet that penetrated his stab-resistant vest.

Officials say there is no description of a suspect, but shell casings were found outside a nearby vehicle.