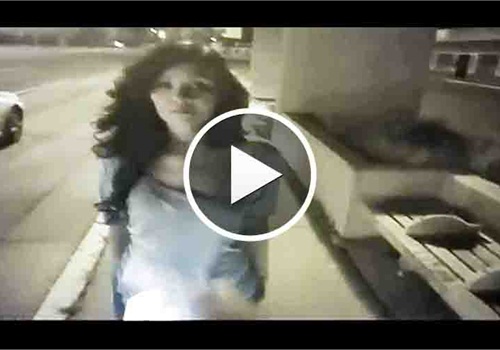 Arrested for drunk driving, an Albuquerque woman tried to flip the script on an Albuquerque Police officer, accusing him of sexual assault. Cops say when 23-year-old Deanna Griego was placed under arrest for DWI she tried to hatch a false sexual assault accusation against the cop who arrested her.

The officer was wearing a lapel cam and the video contradicted her claims, KOB 4 reports.

APD says a sex crimes sergeant and detective conducted a full investigation and cleared Officer Frazier of the allegations.

"The desire to frame officers for wrongdoing is a growing issue facing officers every day. We believe that the public should be held accountable for filing false reports against police officers. These incidents can be very damaging to an officer's career, so we hope that this individual and others face appropriate consequences for their malicious actions."

So far, Griego is not facing any additional charges for making the claim, but APD spokesman Tanner Tixier says it's not out of the question.