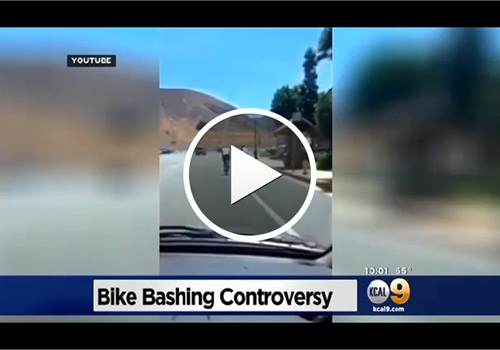 A video intended to be funny and satirical doesn’t have officials with the Santa Paula (Calif.) Police Department laughing.

The video, posted to YouTube on Friday, was created by a volunteer reserve officer with the Santa Paula Police Department identified as Laura Weintraub.

In the video, Weintraub is shown as a passenger in a car where she talks about how much she hates bike riders. She asks the driver how much she would have to give him to "run one of these over."

CBS2′s Brittney Hopper says the volunteer who created the video has been placed on administrative leave, pending an investigation.