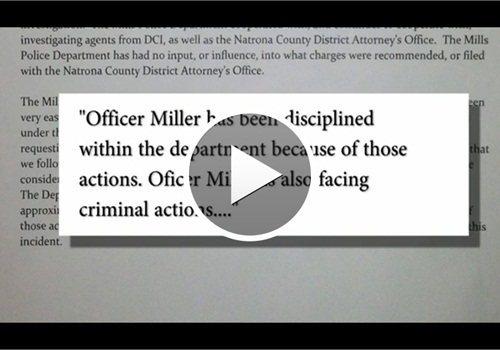 A Mills Police officer is accused of leaving his K-9 dog in a police vehicle for over 6 hours with no air conditioning, ventilation, or water. As a result of those six hours in the heat, the animal was found dead in the patrol vehicle.

According to an affidavit obtained by KCWY from Natrona County Circuit Court, the dog was K-9 Nyx and he was in the custody of Officer Zachary Lee Miller of the Mills Police Department.

A Division of Criminal Investigations officer looked into the incident and describes video footage that shows Nyx being left in the patrol vehicle with the windows up shortly before 6 A.M. on July 9th and Officer Miller not returning to the vehicle until shortly after noon when he found Nyx dead in the back of the car.