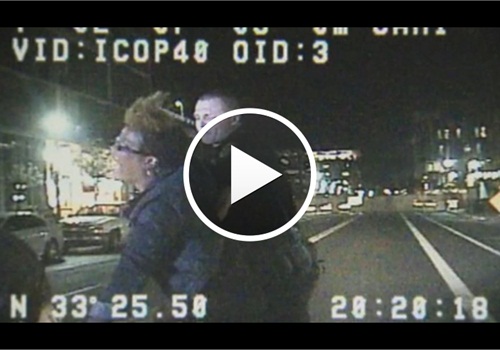 An Arizona State University professor who was arrested by campus police last month is claiming self-defense. The incident was recorded on a citizen's video and released to 3-TV.

The incident started when the officer contacted the professor for obstructing the street. It quickly escalated into a physical confrontation as the officer attempted to arrest the woman.

In response, the university issued a statement saying:

ASU authorities have reviewed the unfortunate circumstances surrounding the arrest of Assistant Professor Ersula Ore and have found that the officer involved did not violate protocol and no evidence was found of racial motivation by the ASU Police Department officers involved.

"However, the ASU Police Department is enlisting an outside law-enforcement agency to conduct an independent review on whether excessive force was used and if there was any racial motivation by the officers involved.