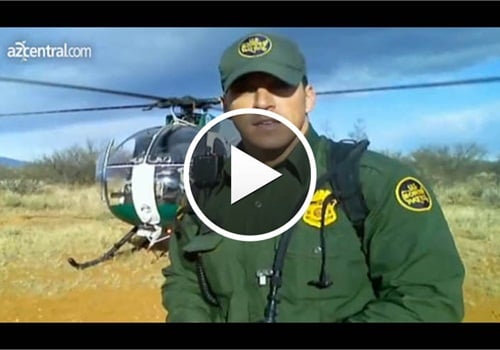 Manuel Osorio-Arellanes, the only man taken into U.S. custody in connection with the 2010 slaying of Border Patrol Agent Brian Terry, was sentenced today to 30 years in federal prison, the Arizona Republic reports.

Terry’s mother and two sisters were present and offered tearful testimony at the sentencing hearing in U.S. District Court where the judgment was handed down Monday. Osorio-Arellanes spoke only briefly.

Terry was slain during a Dec. 14, 2010, shootout with five bandits as he and other agents searched for drug ripoff crews in a desert area near Nogales, Arizona. Authorities believe the bandits were hoping to ambush marijuana smugglers and steal their loads, but instead ran into the agents.

Osorio-Arellanes was wounded in the shootout and taken into the custody at the scene. He later pleaded guilty to felony murder in an agreement with federal prosecutors that eliminated the death penalty.