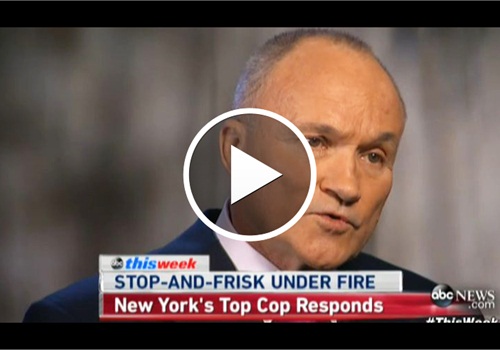 On Thursday, the City Council is considering creating an inspector general for the NYPD as additional oversight. Blacks and Latinos have said officers racially profiled them during the stops.

"Violent crime will go up," Kelly said on NBC's "Meet the Press" with David Gregory. "This is something that's integral to policing."

During an interview with Benjamin Bell on ABC's "This Week," Kelly said the policy has helped the city reach the lowest rate of murders and other violent crime in years.

He singled out on-body cameras, saying patrol officers will have trouble getting information from confidential informants.